My house is taking longer than I hoped and it was making me quite antsy and annoyed. I found myself wishing my life away until the big move. Then I realised how fruitless this was and how much I was missing by doing this. After all it is just a house.

So today I went on a big walk with my friend Deb. We went to the best greens market in the world at Mairangi Bay where I harassed the owner to move to Hobsonville Point but to no avail.

Then we set about putting up the Christmas tree. It is much more fun doing this with someone else. We know it is quite early but as we are both away at various times we decided to do it now and enjoy it for longer. I cannot even remember where I put my Christmas things and it really doesn’t matter. I had my tree and Deb has a wonderful collection of decorations. We put the Christmas music on and away we went.

We were very clear that more is more so we put every last bauble on board.

All that was missing was the Christmassy smell. A few weeks ago I fell in love with the Wave, a Timothy Oulton couch made with feathers. It is nothing to look at but the most heavenly thing to sit in. Unfortunately it is expensive. What may you ask, has this to do with Christmassy smells… In the suppliers’ shop (Dawsons North Shore) they have a whole dedicated area to Timothy Oulton’s furniture and it smells divine. Apparently he searched high and low for the right smell to go with his designs. I asked what it was and the helpful sales woman, Vicki, showed me the packet that carries this gorgeous spicey, minty, earthy aroma, Sadly it is supplied from England for his furniture alone. But I wasn’t giving up. I tracked the pot pourri to Maria on the Casa Fondata in Florence which has been making this special brew since nell’anno 1612. Well Maria hasn’t but the monks have. She was very responsive and after a couple of emails I managed to find the supplier here in NZ. I have even put it in the car!

We also cooked together tonight making stuffed pork fillets and then we companionably did the dishes. How much nicer it is to share these simple pleasures.

I have become not a little obsessed with the Scandinavian thriller series called The Bridge. Saga is delightfully Asperger and Martin is her charmingly flawed  partner in the police force. I usually watch the whole thing with my teeth clenched as it is chilling (both literally and figuratively). The theme song is  beautiful and unfortunately there are no happy ever afters. I am on the second series which isn’t quite as good as the first but compelling anyway. It has the feeling of the first The Girl With A Dragon Tattoo. 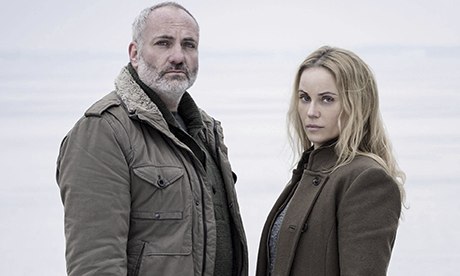 I hadn’t consciously thought how much the natural environment affects my choices of colour. I took the photos below of a church on Ponsonby Road and then noticed how similar the one is I took on the same day of Rangitoto Island .

I am so aware that these things are so trivial in the grand scheme. Today a horrible helicopter crash here  in NZ, the bombings in Mali, another victim dead from the Paris bombings, marching for homeless children but I can only get  by by making the most of my days and enjoying each moment.

I’m pretty hopeless at this but I am making the effort.

Enjoy the rest of your weekend. I hope your Christmas preparations are done with a friend, are not stressful and are kept simple and include chocolate. I wish I could send you a whiff of my special potpourri. FG