In the last week or so  a 53 year old fit, non-drinking, healthy-eating friend has had a stent put in his arteries, a friend’s 22 year old daughter has been diagnosed with MS and I’ve come across some other young people my Sam’s age who have so much to contend with. 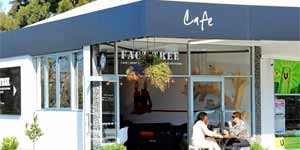 I have just been having a drink at the local cafe, Fact-tree with a friend who gave me a gentle reminder that I am very lucky. (I may possibly have been voicing my concerns over money…)

And it reminded me of something that happened yesterday that I had pretty well put out of my mind. A friend’s car had broken down a few days ago and had to be left down at Waiouru. He had then had to hire a rental car to drive back to Auckland only to return yesterday to pick up the repaired car. As it is more than a 10 hour return trip I agreed to go along to keep him awake with my incessant chatter and generally keep him company.

We were driving along quite sedately in clear weather conditions in a fairly old Nissan rental when out of nowhere two tyres having fallen off the back of a truck, hurtled across our vision. This caused Bruce to slam on the brakes and swerve wildly, narrowly missing a steep ditch on my side of the road.

Fortunately we missed crashing into the ditch and continued shaken, but on our way. The truck driver was oblivious of the mayhem he had caused and we saw a further tyre that had also fallen off just down the road. We called *555 to report the incident because it was clear the driver had no idea what was happening.

There are so many “what ifs” -what if there had been a car right behind us, or coming in the opposite direction at exactly the same time. What if it had been raining as well, what if we hadn’t stopped to look at slippers? This blog post could so easily have been about something a great deal more serious.

So what am I dribbling on about? Same old stuff which I seem to forget at very regular intervals. I want to make time to have fun,

stop and smell the roses or…the cheeses. We love Over The Moon

I really must stop moaning about trivia and be grateful for health and friends and the sun on my back and a nice pear, ginger and mango smoothie.

I am anxious, just quietly, ( well, not very quietly) about my Sam being in Europe and going to countries like Turkey even though I went all through Asia on my own at the same age, including Iran, Syria and Turkey. But shit happens and you just have to hope you can deal with it. I can’t and wouldn’t want to stop him doing anything, just as I wouldn’t have stopped my husband going climbing. He died in a freak accident on a perfect day on the walk in when a crampon broke. And anyway, life happens while you are worrying so there is no point at all in worrying if you know what I mean ! I must make more effort to take my own advice…

I had a fabulous day and night with my BFF at the weekend so I’m going to savour that.

I am meeting another good friend shortly to discuss and repair her small knitting woes, I love doing this,-how lucky am I?

And then there is the cricket!

One Reply to “Timing and Gratitude”