you go to the museum in New Plymouth, Puke Ariki and see all the stuff you had at home as a child. At first I thought maybe they were just vacuuming the displays…

Then there were the trips to the dental nurse, what a complex range of emotions seeing the dental chair and the old treadle drill!  So many sights, feelings and smells. The terror, yes, the waiting room, muffled sounds of misery, the meths smell, the steriliser steaming and clanking away, but also the delight at the end when the nurse made me a little cotton tubular snowman made with dental floss and a black marking pen for the eyes. It was a badge of honour to take back to show you survived and were “good”. I still am averse to the dentist and still want a cotton snowman at the end…

The memories come flooding back just looking at the red leather seat and the spit bowl. My dental nurse looked quite a lot like Nana Mouskouri, although it may have just been the intimidating thick black glasses.

If you need a laugh I think this Michael McIntyre skit about going to the dentist will do the trick.

In the next booth at the museum were the school uniforms. I guess this is New Plymouth Girls’ but Otago Girls High School was much the same. What a fuss there was about wearing the hat. I was caught downtown without my panama hat and was marched up the very steep street in Moray Place by Miss Upchurch and I had to return to assembly the next day to show that I had embroidered my name in it. (Thanks Mum)

Uniform rules were made to be broken and ranged from hoisting the gym frock up as short as possible by using the girdle to hold it up, to wearing “witches’ britches” underneath to reveal a fetching row of lace underneath. There were always endless discussions about hair length as  well. Nothing much has changed. Girls are still accused of “distracting ” boys just like the young woman in the orphanage in that wonderful but awful film, The Magdalene Sisters. Apparently she was too beautiful to be out in the world so was sent to the laundry in the local convent  so she couldn’t be a temptress.

I often imagine that uniforms were designed by twisted old bats to make young women look as hideous as possible. Where else in this modern age would girls be made to wear ghastly full-length tartan skirts?? And what was the hair length thing about? Envy of young lovely tresses perhaps?

Why do air hostesses have to wear a silly hat? Just asking….

The biggest gasp of shock, fear and definitely admiration was reserved for the model prefect who, in hushed whispers, “was pregnant”. After all, she had actually done “it”.

The good old days? Nah, not so much. I have always enjoyed teaching Fleur Adcock’s wonderful poem about uniforms and uniformity. 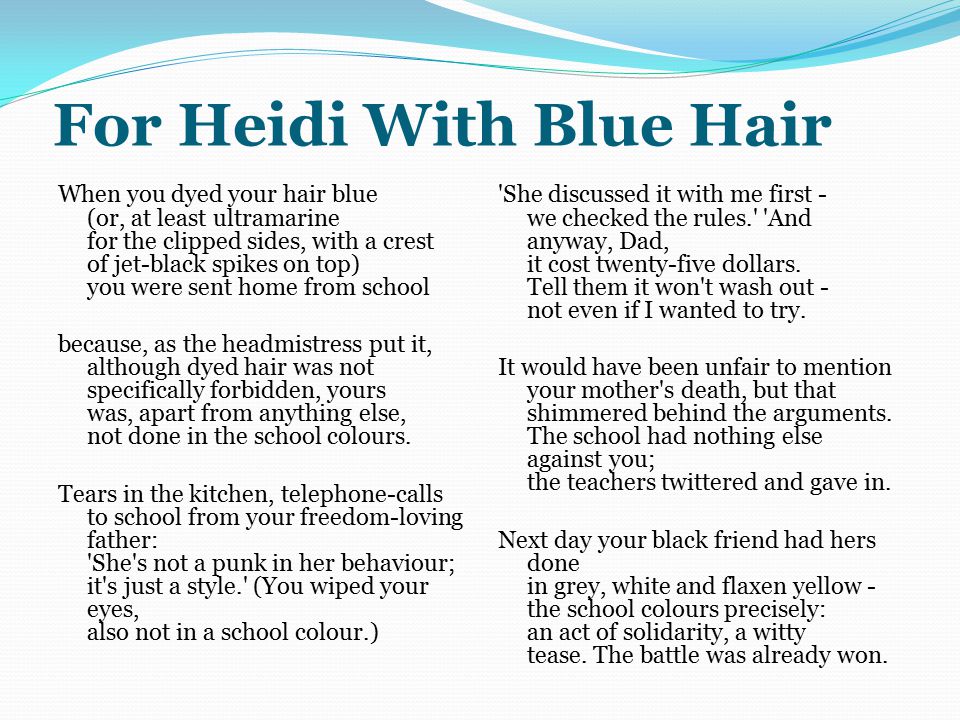 The latest Listener has an interesting article about the  surprising changes in attitude in the iGen teens.

Apparently, “iGen is distinct from every other previous generation in how they spend their time, how they behave and their attitudes towards religion, sexuality and politics.”

One line made my heart lift, ” …they have no patience for inequality based on gender, race or sexual orientation”.  That certainly seems to be the case with my son’s circle of friends. They also seem more interested in politics and the world around them and are not particularly interested in material wealth. They keep in touch with the news though pod casts, TED talks etc. and therefore have access to a huge range of opinions and ideas.

I have just finished Wichtel’s book and found it fascinating if grief stricken. I have had an obsession, I suppose, about the holocaust from an early age. I read Five Chimneys, The Silver Sword, Anne Frank’s Diary and others from an about 10 years of age and had recurring nightmares long after.

While Wichtel’ book is mainly about after the war and the miraculous “survival” of her father, it also drives home that the sufferings of the war linger long after and can run through the later generations.

One of the most chilling sentences in the book was when a Nazi soldier was interviewed after the war about the practice of bashing babies’ heads in against the side of the trucks. “It was just cargo,” he said, “just cargo”.

My nephews are both in the baby-making stage of their lives, precious, precious cargo. I can only knit soft, warm cashmere and hope their lives will be filled with love.

Go the All Whites in about an hour. FG

One Reply to “You know you are getting old when…”