A couple of weeks ago my 21 year old son rang me and told me in a  forlorn voice that he had been banned from all branches of PaknSave ( a large supermarket chain here in NZ) as he was accused of stealing a packet of batteries. He had the batteries in his bag when he entered the store and hadn’t stolen them at all but the buzzer alarm had gone off as he left and he was hauled into a private room, had the batteries taken from him and made to sign a trespass order. 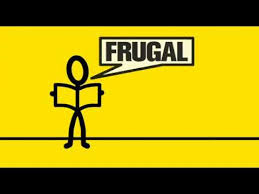 Now I know I have rosy tinted spectacles five inches thick but I know my son and I know he wouldn’t steal. Typical Sam didn’t want to make a fuss but the supermarket is about 50 metres from his flat and convenient for them all. And as Iago tried to dispute reputation is everything!

Tiger mother Sue rang the manager of the store and asked if we could come in together to see him. He was a reasonable person and agreed to meet. Sam brought along his bag etc. and the deputy manager had done his homework and had looked at the video footage which clearly showed Sam hadn’t been near the battery stand. The security guard had told Sam they didn’t have the footage by the way.

The store apologised and returned the batteries but I was still not clear why the alarm went off. Sam has a Kathmandu bag and they sew a security tag inside all their gear and clothes and so we chopped the tag out and went down to test it but it still set the alarm off. They have deactivated his bag but Sam now won’t take his bag there just in case.

Sam’s name has been cleared and he has got his batteries back but I think a food voucher for his flat wouldn’t have gone astray as a gesture of goodwill. I do understand however that stores lose large amounts of money from shoplifters.

Being accused of something you haven’t done is both humiliating and painful, at least to the mother! Sam took it well and wouldn’t have bothered arguing. I couldn’t let it go like that.

here is a poem about my over protective nature that I wrote when Sam was a little boy. Nothing much has changed….

Gentle hands with fine-boned fingers
Holding a flute, a bat, a book.
Inching a knight across a chequer board
Or arms bras bas, a demi plié,
The leotard outlining your lean shape,
My graceful gazelle.

Wistful brown eyes, see things through,
See through things,
Dreams turn to whimper and murmur,
A word, a sigh the storms and fires
Rumple your nights,
My leggy colt.

Pushing wet tendrils back from your face,
I kiss your downy cheek and know that I would
Dash out the skull, take the bullet, hide you
Fiercely in the folds of my skirt. Wield a sword, a knife,
A gun. Starve, steal, willingly, viciously,
To keep you from harm.

A late bus, a man in the park, a careless playground moment,
The wrong place at the wrong time, a truck, a bike
And I would embrace death as a lover.

One Reply to “Tiger mother incident”