This silly phrase often comes into my head on a lovely day. It is a bastardisation of a Maurice Gee short story called A Glorious Morning Comrade.

Mr. Pitt-Rimmer is a demented elderly man who lives with his two daughters. They are entertaining their friends for the afternoon. When their attention is diverted, he runs away, stopping first at the dairy store to buy some cigarettes and Turkish delight. The proprietress recognizes him and calls his daughter, but Mr. Pitt-Rimmer again slips off.

He has various other encounters before his daughters pick him up later in the afternoon. “Promise us you won’t be naughty again. It makes us so sad.” But the old man later writes in the back of his book, “My daughters are keeping me prisoner. Help! I have not had a piece of meat for twenty years . . . .”

It’s a fun, quick read if you are of a mind. I love the details of the Turkish delight and cigarettes, what a combo! But it was a glorious morning comrades so I walked up the hill to the Titirangi shops.  I went to the shops to post my knitted rug to my dearest friend in Dunedin. She isn’t 80 until December but it’s still cold there and I like to think she and the cat will enjoy the alpaca warmth. It may not last long however, as the cat has an obsession with quite large pieces of clothing and towels which she drags through the house, making holes in them as she goes. It felt so lovely and warm as I parceled it up for the post and weighed very little. Our friendship is as light as alpaca, and as warm too.

I noticed beautiful  small things today. When I die, please just send violets, only violets they are my favourite little pet of a flower. Well alright maybe some lavender too and the odd old- fashioned rose. And please play Van Morrison’s, “Have I told you lately that I love you” because I have been meaning to.

The little things and the big things today.

It has been a tough week for a dear friend. We have been meddling with haikus.

Listens to the message
Again again and again
Why can’t he hear it?

Despite the glorious morning I am reading A Widow’s Story- a memoir by Joyce Carol Oates. 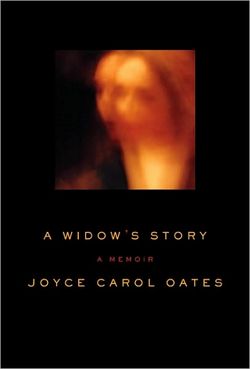 I’m a bit angry with her and all her grief. Does she not know how lucky she is to have reached her mid-seventies, having spent all of her life married to a loving and dearly loved partner. He was 78, not her only child, raped or killed or murdered or crazy with Alzheimers. He just got an infection and died, not so bad in the grand scheme. But I also know no amount of pollyannering will help and for all that I am touched by it and its portrayal of that first year when you think you might be going mad.

How cruel some people can be, I remember it was a few years after Brett died and I mentioned that Queen’s Birthday was coming up and it was the anniversary of his death to someone and they said, “Really are you still thinking about that?” Yep, call me dull, still thinking about it- not obsessively but yes, still thinking about it, especially at significant events like Sam’s graduation. His grandmother and I found ourselves caught unawares with grief that Brett was not there to see him.

So feeling sad, letting yourself feel sad and then moving on from that moment are all okay by me. The most scary and comforting piece of advice I have received is, “this too shall pass” and that means the glorious morning too. So enjoy whatever moment you happen to be in right now. Hope it’s a goodie. FG