Phew the end of a busy week. I no longer own a property in Sunnynook, and it is the end to a decade so lots of change ahead. I am however, happily ensconced at my friend’s house. They have a lovely log fire and I spent nearly all of yesterday reading by the fire with my trusty companions, one of whom snores a lot!

Today I worked at the HP info centre and actually biked there and back but I do have a small confession…the bike has a battery for the hilly bits.

I am exploring my local paths and walks and there are lots of interesting ones. We can complain about the council but I think they do a great job of maintaining paths and walk ways. This little diversion is just down the road from where I’m staying.

The other day we went for a walk that encompassed a bridge over the motorway with lots of ceramic tiles on it. These are to mark the pottery industry that was a part of Hobsonville Point.

Before European settlement the land was covered in kauri forest.The tidal flats on the southern and eastern coast were teeming with birds and shellfish, a source of delicious kai for local iwi (Ngati Whatua and Te Kawerau a Maki).They knew the Point and surrounds as ‘Onekiritea’ after the clay soil found in the area, which they used for its pigment and as a natural soap.

In 1853, the Crown bought 600 acres on the peninsula from Ngati Whatua and renamed the area ‘Port Hobsonville’ after Captain William Hobson, the first Governor of New Zealand.

The land was mainly used for farming, however in 1863 Rice Owen Clark, frustrated with his claggy, non-draining farmland, developed pottery works at nearby Limeburners Bay to commercially produce clay drainage pipes. Eventually seven companies operated until the clay ran out in the 1930s. Rice Owen Clark’s descendants went on to form Crown Lynn Pottery in New Lynn.

I defy any kiwi to deny owning some Crown Lynn in their kitchen at some point in their lives!

My sister had this set: 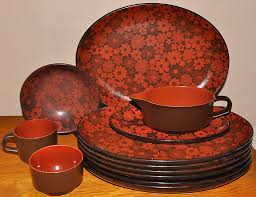 And this hokey pokey number was definitely somewhere in a past life.

and now these are highly sought after 🙂

Anyway, back to the bridge. It is bright yellow and goes over the motorway near HP. It leads down to some protected workers’ cottages but has some interesting ceramic work on the way as a nod to the pottery works. 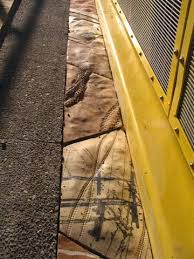 Have a happy week. FG